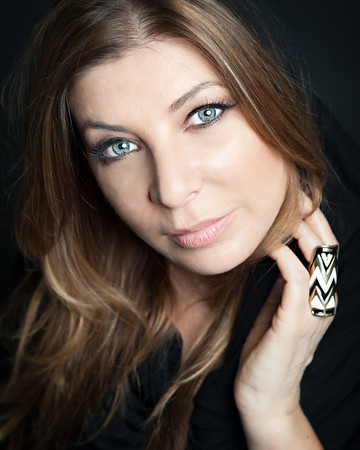 Episode Goal: To give mamas a sense of their gift, how to tap into their intuition and to give them some information from the divine on anything they should focus on when it comes to raising children and nurturing themselves.

“Mothers are tapped in all the time. You don’t trust your voice enough.”

Narea aka KIMLOVEMUSE has been called one of the Nations most highly esteemed and respected Mediums. Narea quickly earned her reputation as Hollywood’s “Secret Psychic”In this business you are dealing with people’s lives and privacy, which are very fragile.

SPIRITUAL COACH, CREATOR, LEADER IN THE MYSTIC ARTS – Narea aka KIMLOVEMUSE has been called one of the Nations most highly esteemed and respected Mediums. Narea quickly earned her reputation as Hollywood’s “Secret Psychic”In this business you are dealing with people’s lives and privacy, which are very fragile. Narea has never taken this for granted, and is widely known & respected as a strong source of keeping everything quiet and sacred as it should be in people’s lives.

To see Narea walking down the street, you would never know her vast knowledge and intuitive abilities. Narea is filled, with charm, humor, and wit combined with passion, vision, real attitude, and a sense of style that captivates her clients’ imagination.

Although she would never “read and tell”, her clients do, giving her credit for her accurate and detailed guidance. In her day to day soul sessions works with  people in developing and managing their power and creativity while giving clarity to life solutions for all her clients. It is any wonder that people have referred to her as “A Leader in the Mystic Arts.”

Born in New York City, Narea’s clairvoyant gifts became apparent to those around her at age three when she would announce who was at the door or on the phone at the first ring of the bell. Over the years, her unique gift continued to mystify those around her with insightful predictions of life – prior to events which would take place in the lives of those around her. It was when she first met her biological parents, and found out that her psychic gifts were as unique as she thought. It turned out that she received a double dose of psychic genetics as she comes from several generations of psychics on both her mother and father’s side of her family. After having several dreams of 911, Narea (Kim) relocated to Los Angeles in 1999. And since that day, she has found herself with a slate of clients that include: Millionaires, Actors, Actresses, Hollywood Wives, Musicians, and those Producers and Studio Executives who are need of a little guidance before closing that big deal.

Narea has been featured in several magazines such as People, Woman’s Own, Cleo Magazine, and the film “My Date with Drew,” and has appeared as a recurring guest on Hot 92.3 and Latino 96.3. as well as other Radio Guest Appearances  A Contributing Editor for Refinery 29 and other columns where she writes on different topics. Narea has begun public speaking in intimate venues such as Soho House in different cities, and Unplug Meditation Centers for informal talks, workshops, and meditations. She has been referenced in several known authors’ books, with full chapters on her, and is listed in the “Top 100 Psychic Astrologers in America”.

Motivational, authentic and relatable Jenny is a highly sought after speaker and guide for women who want to make lasting change and impact in their own lives. She has been featured in dozens of media outlets worldwide and has two TEDx talks that had audiences on their feet.  Jenny believes her true purpose in life is to help women feel good about themselves and empower everyone to change the conversation.

Resources in this episode