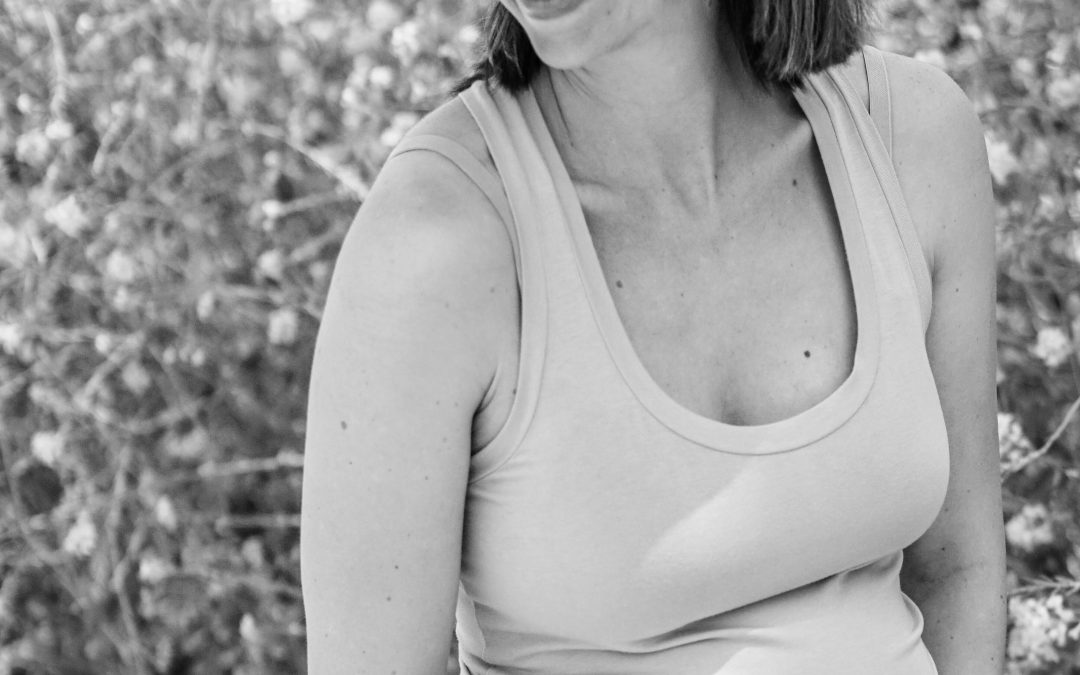 An honest, raw look at pregnancy & 6 lessons it has taught me about life

I never thought I would be able to conceive. I was told in my early twenties that it may not be possible for me, but that I would only know for sure once I started trying (not very reassuring, I know). Not feeling very optimistic about the diagnosis, I eventually convinced myself that I wasn’t going to be able to have children (it was a survival thing). When things started to get serious with me and my now husband, Ted, I felt I had an obligation to tell him about that fateful conversation with my doctor that took place almost a decade before. Like the amazing man that he is, Ted looked me in the eyes and compassionately told me that he believed if a soul was meant to come into this world, it would find a way.

Blown away by his stance on the subject (especially since I knew he wanted children), I knew right then and there that he was the one for me. I was right. But it turns out, he was right too. Our little girl is scheduled to make her way into this world in about 7 weeks time. 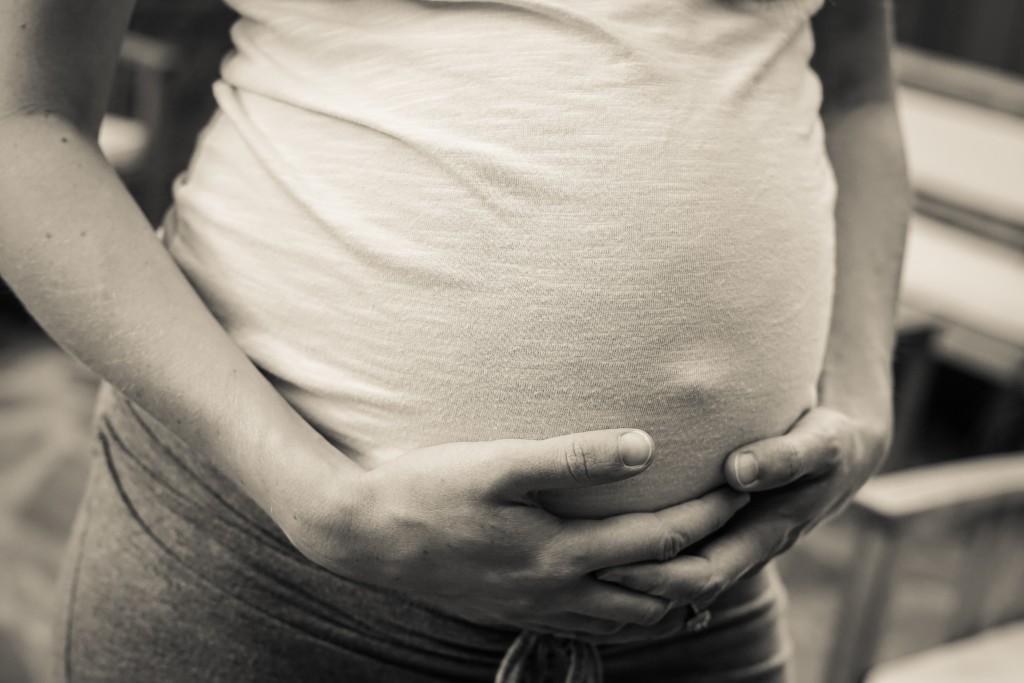 Despite his belief, when Ted and I started trying to conceive, I still had it in my mind that it probably wouldn’t happen. So when I got confirmation that I was pregnant (after 2 pregnancy tests and a final confirmation from the doctor), I was at a bit of a loss. I was dazed and confused, not having allowed myself even a moment’s thought about what it would be like to be pregnant, lest I never have the opportunity to experience it. At 6 weeks pregnant, I finally began to allow myself to decide how I wanted to be as a pregnant woman.

Now I’m going to admit something to you that isn’t so pretty. In fact, I cringe even writing it. But I’m nothing if not always honest with you, so here goes:

It sounds absolutely horrible to say it – I know – but there it is. Raw. Unfiltered. Unedited, even.

But this rant has a happy ending. Do you want to know what the biggest surprise has been for me since I’ve been pregnant?

Not only do I not feel angry, but instead, I feel exactly the opposite: I feel lucky. And perhaps even more surprisingly, I feel so guilty that Ted doesn’t get to experience this journey the way I do. He doesn’t get to feel every twist, every turn, every kick, every hiccup. He doesn’t get to bond with my little nugget the way I get to. It’s like we already have our own language. We are communicating all the time, even when I don’t say a word outside of my head. I say something and put my hands on my tummy, and she moves to let me know she heard me. I get to feel all of that, at all hours of the day. Ted only gets to feel her move when I tell him where to put his hand and when, and half the time she moves positions before he can get his hands in place in time to feel it.

And for that, I feel guilty. So guilty. 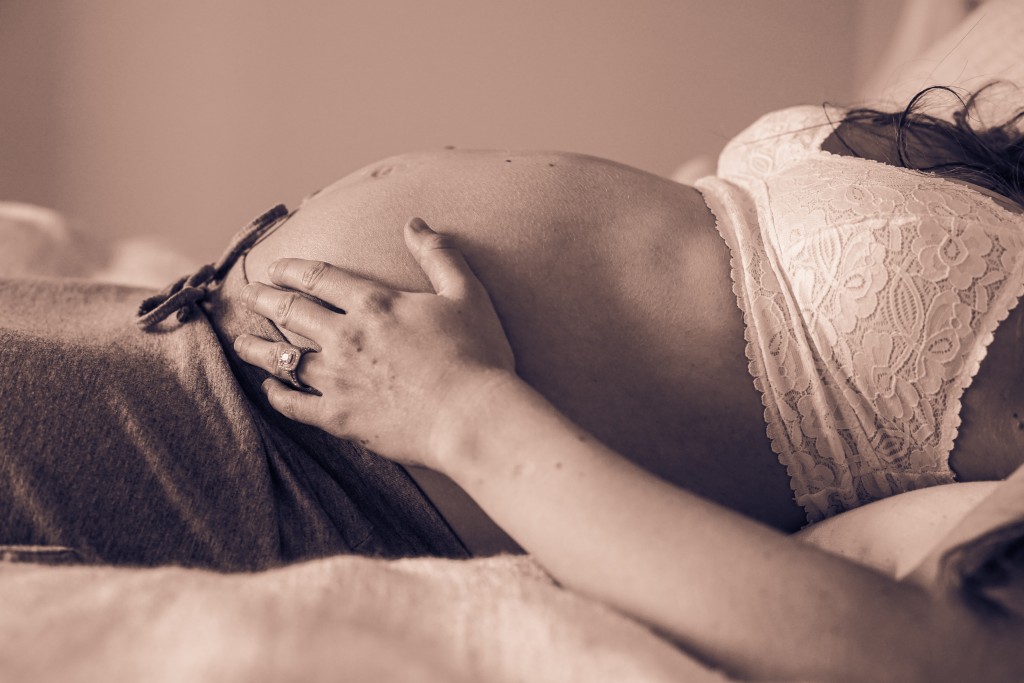 Sure, my body has changed. I have porn star boobs that started leaking white stuff (aka colostrum, or my daughter’s food for the first few days of her life) at about 25 weeks. My stomach is so big now that my boobs can rest on it like a ledge, a very nifty party trick, if I don’t say so myself. I’ve had to go through two different rounds of maternity clothes because I keep growing out of them (I ripped a hole in the crotch of my maternity jeans a few weeks ago. It was a proud moment). I keep watching the scale creep up to numbers I’ve never seen before. I can’t fit into my favorite boots anymore because my legs have grown in diameter on account of the extra fluid in my body (and maybe some cupcakes…and french fries…). My feet have gone from long and skinny to swollen and sausage-like. My baby brain is so bad that I forget people’s names before they’ve even finished telling them to me. Where I never broke wind in front of anyone before – not even my husband – I’m starting to fart loudly and in public, and dammit, it makes me giggle every time. Apparently, girls do fart (oh my gosh, I can’t believe I’m saying this out loud)! My abs are now sitting nicely on either side of my hips, and the tearing that I feel anytime I try to turn to parallel park confirms that it will be a while before I get my nice flat tummy back (and I’m told it may never come back at all). I can’t hold my pee for longer than a few minutes and I keep hearing horror stories about incontinence after the baby is born (“You will never jump on a trampoline again.”). I haven’t seen my vagina in months (did I really just say that?), and who knows where my belly button has run off to. And Ted says he has seen my cry and heard me swear more in the last 8 months than he has in the entire 5 plus years we’ve been together (roughly translated, I have limited to no control over my emotions anymore).

As you can see, the list is long. And to someone who hasn’t been pregnant before, it probably sounds pretty scary.

But anytime I’m wallowing in my own self pity, grieving the loss of my womanly figure, that is always the time that my little girl decides to move. Whether it’s a twist or a turn or a kick, she serves as a reminder of what I’m doing all of this for, snapping me back into the present moment, assuring me that nothing else matters. And while some or all of the things I’m worried about may or may not be unfounded, one thing in my life will remain forever changed for the better: I will be a mom. Her mom. And though we haven’t officially met yet, I would happily give up any of the things I mentioned to give her life, to be her mom, and to love her for all of time. 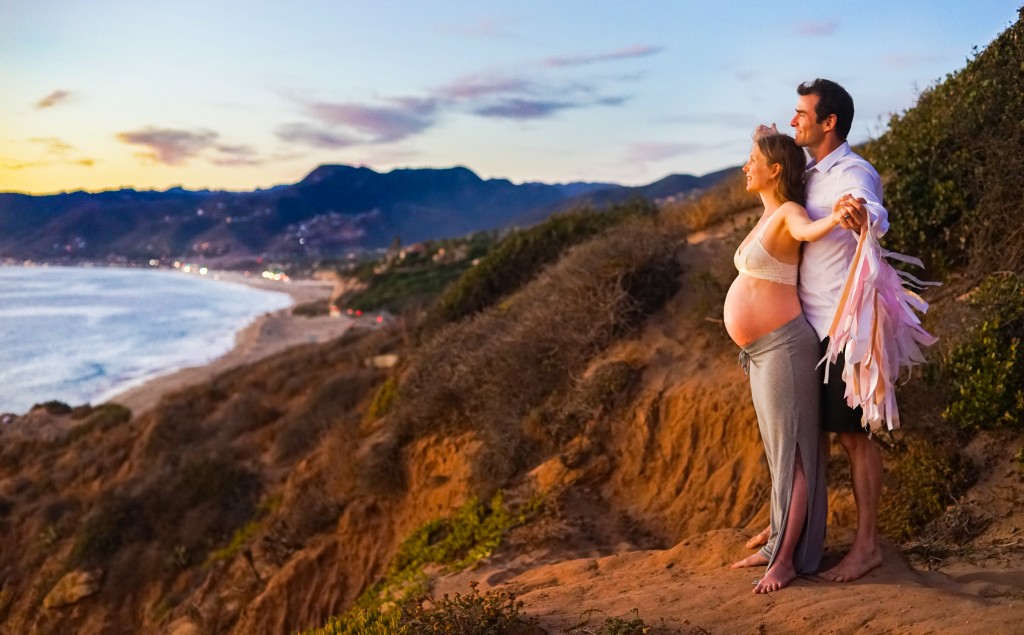 Just because I have happily been converted into a content pregnant woman doesn’t mean I’m not still worried about the things I was worried about before. Pregnancy has made me come face to face with my insecurities, the two biggest ones being body image and finding beauty in being vulnerable. 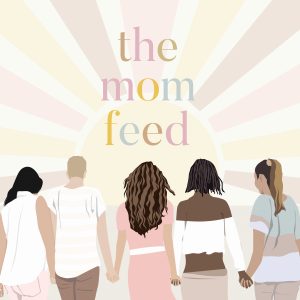